Alzheimer’s disease is a progressive, uniformly fatal neurodegenerative disorder, affecting more than 5.7 million people in the US alone, a number expected to reach 16 million by 2050. Alzheimer’s disease is the sixth leading cause of death in the US and is the only leading cause of death currently without a means to prevent, cure or slow the disease. Patients suffering in the later stages of Alzheimer’s disease require nearly full-time care, resulting in a significant societal and economic burden, with direct healthcare costs estimated to be in excess of $290 billion annually in 2019. Without the development of new medicines for Alzheimer’s disease, this societal and economic burden is anticipated to quadruple by 2050.

Synaptic Protection and Restoration with CT1812

Genetic evidence and scientific consensus points to a specific protein, amyloid beta (Aβ), as the underlying cause of Alzheimer’s disease, with the oligomeric form being the most synaptotoxic. Unlike previous attempts to address Aβ, CT1812 does not target or directly interact with any form of the protein or its precursors. Rather, CT1812 binds to the sigma-2 receptor complex, a key regulator of the oligomer binding site. CT1812’s interaction with sigma-2 results in the displacement of Aβ oligomers from their receptor targets on the synapse.

Cognition is the first company focused solely on stopping the synaptic binding and signaling of soluble Aβ oligomers through the use of small molecule receptor antagonists like CT1812. 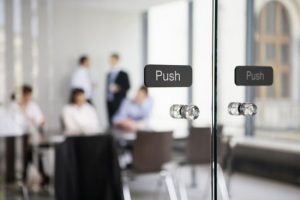 Cognition Therapeutics’ leadership team has deep experience in the development and marketing of novel therapeutics.

Cognition’s proprietary biological discovery platform, through which CT1812 was identified, is based on unbiased phenotypic screens in the target cell population of mature primary neurons.

Pittsburgh, September 9, 2020 — Cognition Therapeutics, Inc., a clinical stage neuroscience company developing drugs that treat neurodegenerative disorders by regulating cellular damage response pathways, today announced the appointment of Jack A. Khattar to its board of directors. Mr. Khattar founded and is

NEW YORK, June 8, 2020 — Cognition Therapeutics, Inc., a clinical stage neuroscience company focused on the protection and restoration of synaptic function in Alzheimer’s disease and other neurodegenerative disorders, today announced that the National Institute on Aging (NIA) of the National Institutes

NEW YORK, March 27, 2020 — Cognition Therapeutics, Inc., a clinical-stage neuroscience company focused on the protection and restoration of synaptic function in Alzheimer’s disease (AD) and other neurodegenerative disorders, today announced that Kenneth I. Moch has stepped down as president and chief