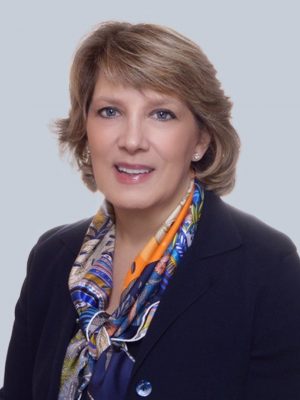 Ms. Ricciardi has served as our chief executive officer and president since March 2020 and as a member of our board of directors since March 2019. From July 2018 to October 2019, she served as CEO of Suono Bio, a biotech company based on Langer Labs (MIT) technology. Prior to her position at Suono Bio, Ms. Ricciardi was a retained executive for BioBusiness Links from November 2015 to June 2018 where she performed interim operating executive and advisory board roles. She served as the senior vice president of global corporate & business development of Foundation Medicine from July 2014 to November 2015, and senior vice president of U.S. and international business development of Express Scripts from October 2010 to October 2012 and in both cases, led deal teams to sell the two companies. Ms. Ricciardi was in the commercial division of Pfizer Inc., taking three drugs to launch before being appointed by the chairman to run global business development. Ms. Ricciardi previously served on the boards of Contrafect (Nasdaq: CFRX), Chimerix (Nasdaq: CMRX), United Drug Healthcare Group, PLC (LSE: UDG) and Sepracor (Nasdaq: SEPR). She was appointed as the executive in residence at Columbia Technology Ventures in January 2020.

Dr. Catalano is a pharmaceutical industry executive with 22 years of experience in strategic and operational scientific leadership of neurobiology and oncology drug discovery and development programs. She is currently our chief science officer and member of our board of directors since co-founding our company in 2007. Dr. Catalano guided the discovery and development of CT1812. She also established the International Symposium on sigma-2 Receptors: Role in Health and Disease,” now in its fifth year, authored numerous publications and patents and continues to serve as principal investigator of several National Institute of Health, or NIH, awards, and has served on various NIH review panels in the areas of drug discovery and clinical development for neurodegenerative diseases and on the editorial board of Assay and Drug Discovery Technologies for over 10 years. Previously, she held scientific leadership positions at Acumen Pharmaceuticals, Inc. from 2004 to 2007, Rigel Pharmaceuticals, Inc. from 2001 to 2003, and Roche Biosciences from 1999 to 2001.

Dr. Catalano received her Bachelor of Arts from Barnard College and Ph.D. in Neurobiology from U.C. Irvine with postdoctoral training at U.C. Berkeley and Caltech. Mr. O’Brien has served as our Chief Financial Officer since October 2019. From February 2014 to October 2019, Mr. O’Brien served as Executive Vice President of finance for Enzo Biochem, Inc. (NYSE: ENZ), a biotechnology company providing reference laboratory services to the medical community. From November 2010 to June 2013, Mr. O’Brien served as Vice President and Corporate Controller for Allergan, Inc., (formerly known as Actavis plc.) which has now been acquired by Abbvie (NYSE: ABBV), a pharmaceutical company. He also previously served as a Vice President at Takeda Pharmaceuticals (NYSE: TAK) (formerly known as Nycomed) from January 2010 to August 2010, Chief Accounting Officer at USI Holdings from January 2008 to August 2009, and Vice President and Corporate Controller at Aptuit, an Evotec company (Frankfurt Stock Exchange: EVT) and pharmaceutical services provider, from July 2005 to December 2007. Mr. O’Brien also held leadership roles at Purdue Pharma, Bristol-Myers Squibb and PricewaterhouseCoopers in the earlier stages of his career.

Mr. O’Brien is a certified public accountant (CPA) with a Bachelor of Accountancy from George Washington University and an MBA from Fordham University. 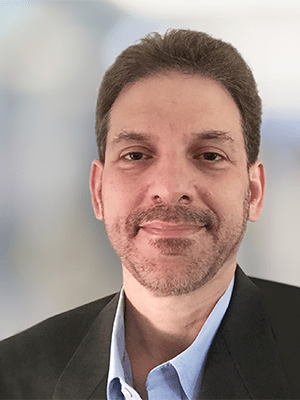 Dr. Grundman has over 25 years’ experience in clinical research in CNS disorders. He is president and CEO of Global R&D Partners, LLC, a consulting firm that advises pharmaceutical and biotechnology companies on development of novel agents for the diagnosis and treatment of serious and life-threatening diseases. Dr. Grundman also currently serves as professor of neurosciences at the University of California San Diego (UCSD) and previously held positions at both Janssen Alzheimer Immunotherapy Research & Development, LLC and Elan Pharmaceuticals as vice president of clinical development, where he led the clinical immunotherapy trials for Alzheimer’s disease.

Prior to joining the industry, Dr. Grundman was associate director of the Alzheimer’s Disease Cooperative Study (ADCS) at the University of California, San Diego (UCSD). He is an inventor on a number of patents related to Alzheimer’s disease therapy and has served on the FDA Peripheral and Central Nervous System Advisory Committee.

He received his B.A. in biochemistry from New York University, his M.D. and neurology training at the Albert Einstein College of Medicine and a Master of Public Health degree from Columbia University.